As those of you who have visited Ati Ling / PPI know, the property is located in the midst of very dense forest on rolling hills. With the increase in huge wildfires on the West Coast, clearing the land around our buildings has become increasingly vital. In late 2019 we decided to focus on land clearing as much as possible, with the help of all the fantastic volunteers who come to us through Workaway.

We began in early January, and ever since have been felling trees, removing lower branches, pulling out scotch broom and other bushes, then chipping or burning the piles we produced. When the pandemic hit, all our rental activity ground to a halt, and as California introduced shelter-in-place orders which closed even the local parks and beaches, we realized how fortunate we were to still be able to do this work, out in the fresh air. And we’ve had fun all the hours spent working on the hillsides with the Workawayers — from January: Ariana, Emily, Lauren, Alejandro, Laura, Andrew, Sharna, Damiana, David, Sam and Sandy. We are eternally grateful for all their help, and are happy to still be in lock-down with five of them!

Here are some images from the last few months. We look forward to sharing our more open space with you whenever you can next visit. 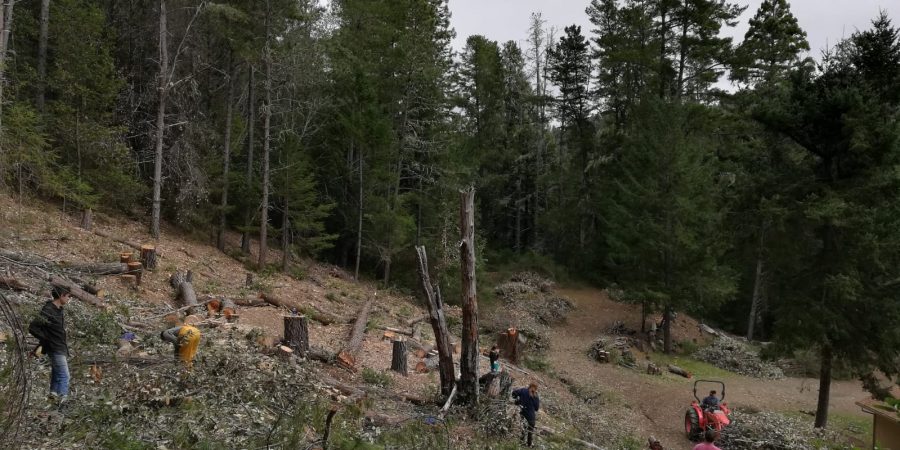 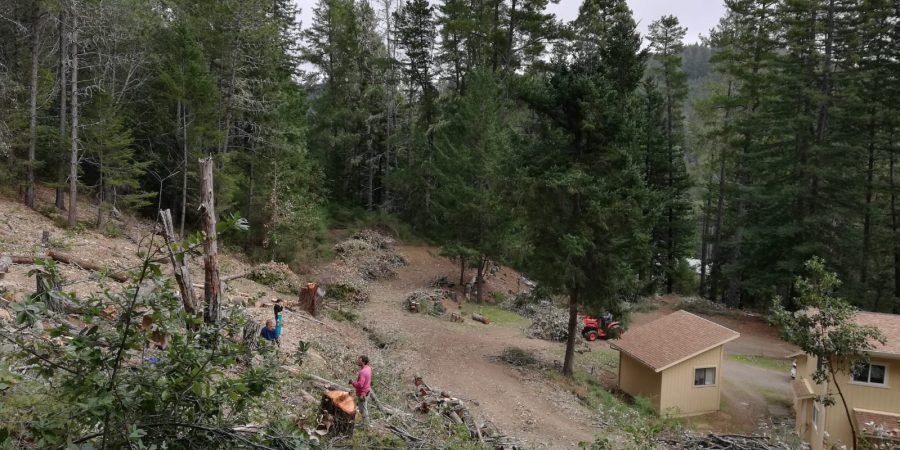 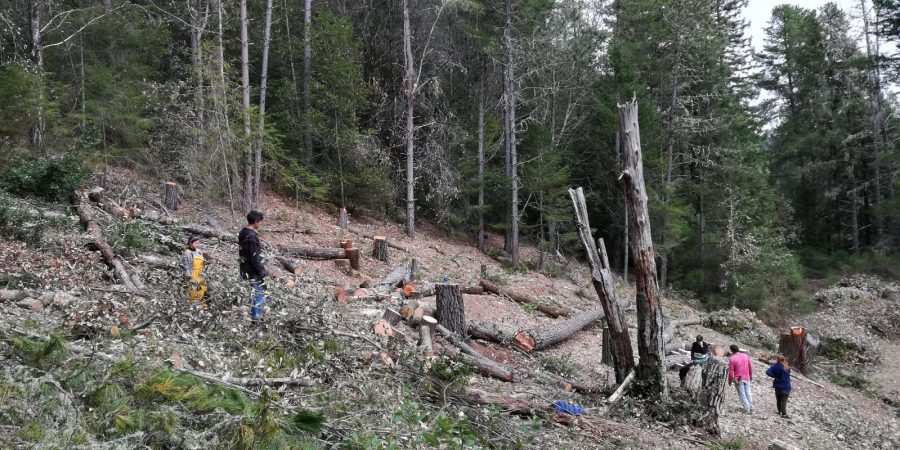 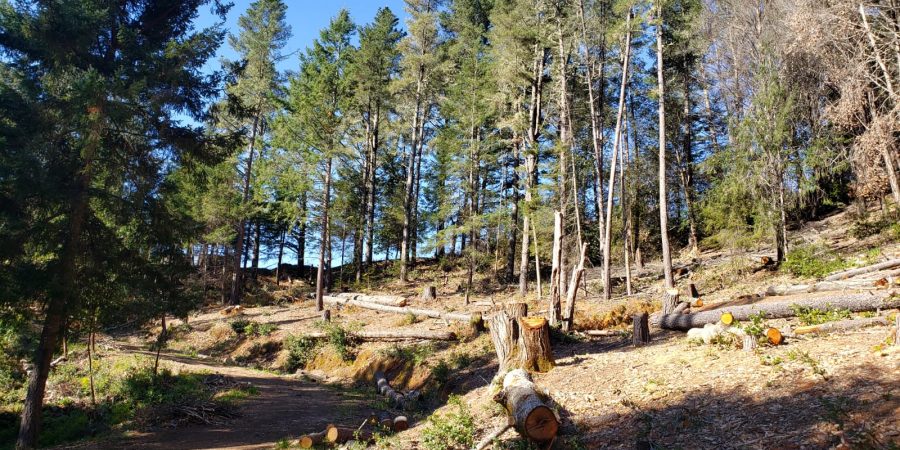 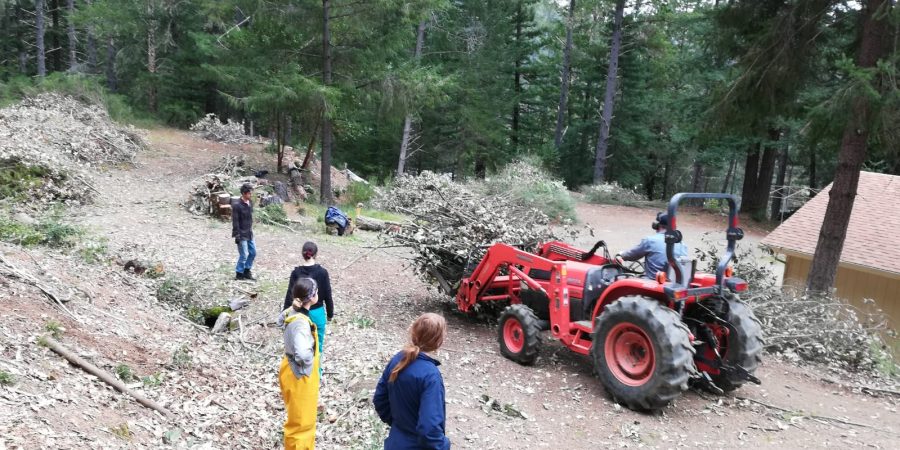 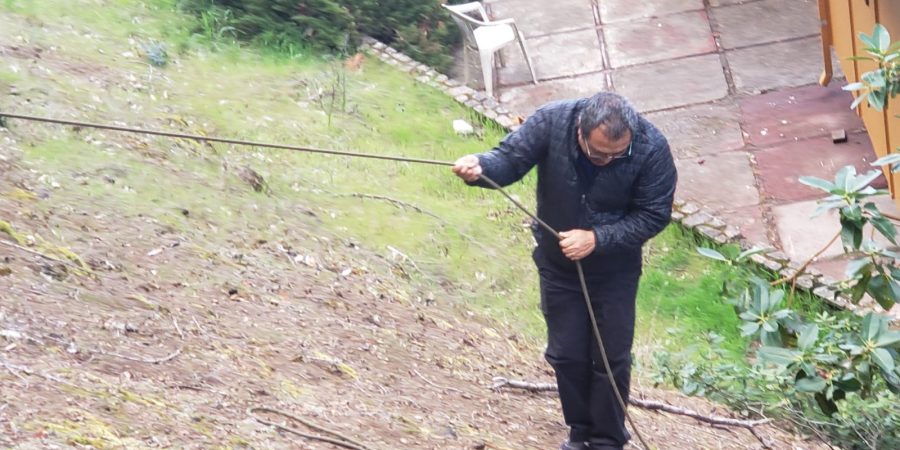 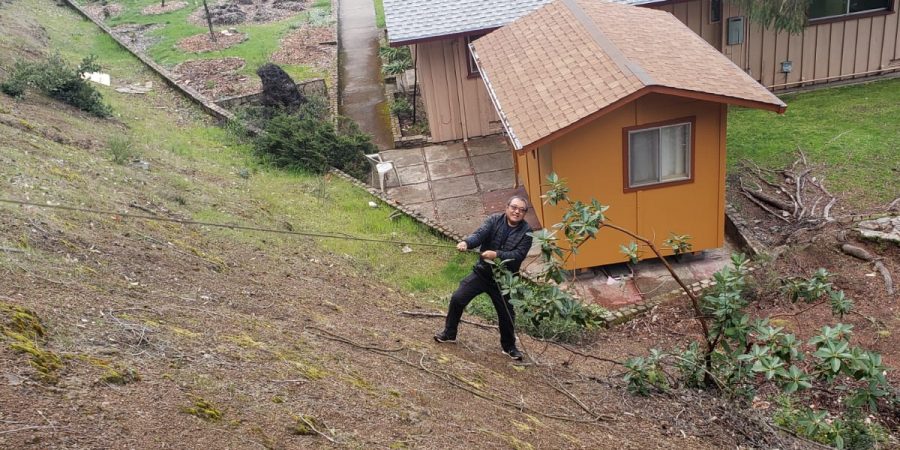 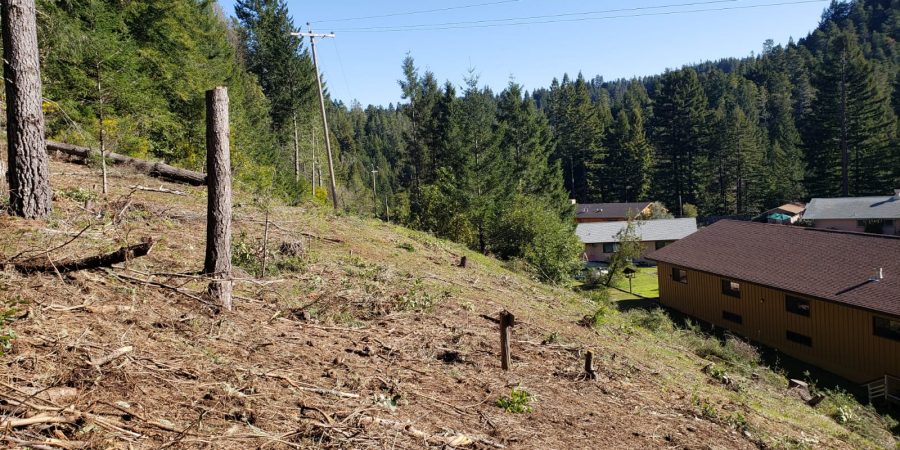 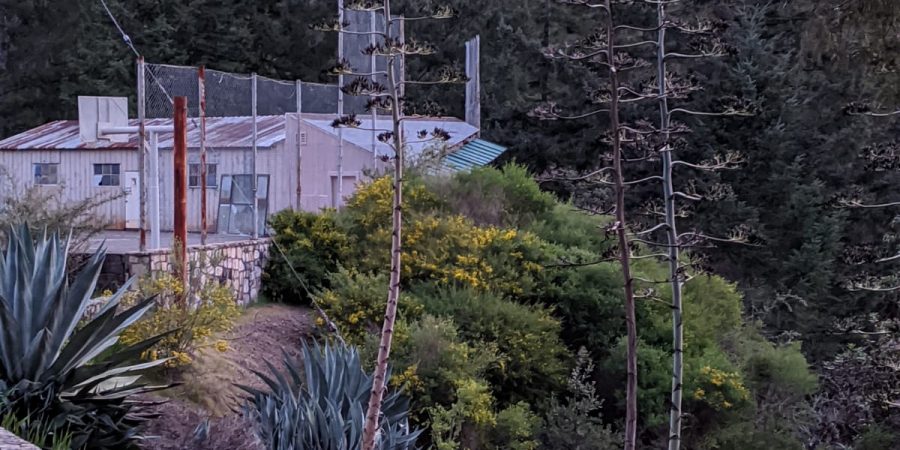 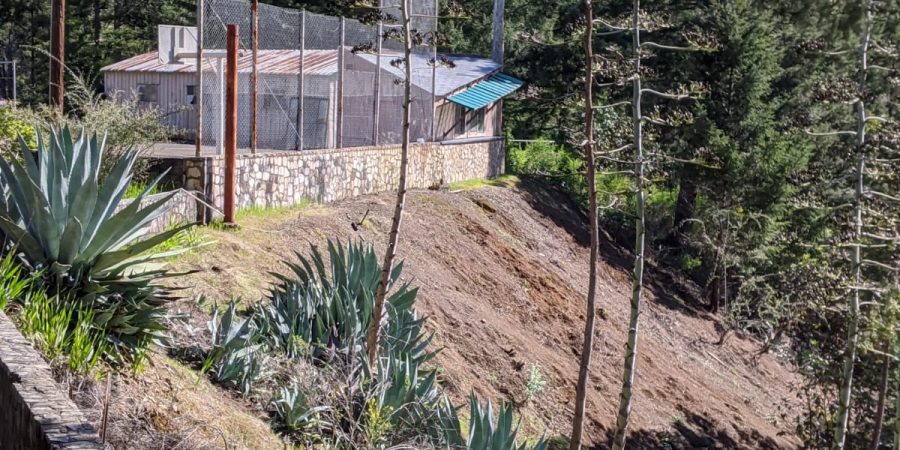 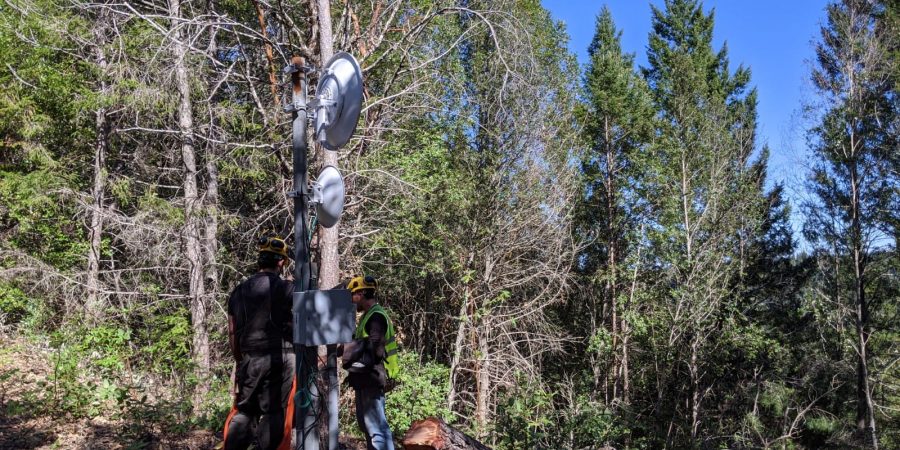 A chipper was hired for a few days to process the brush piles during warm, sunny days in late February 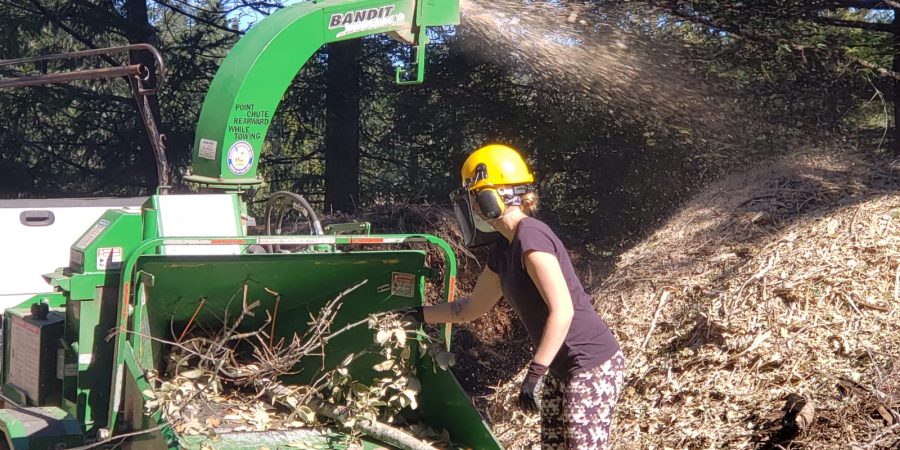 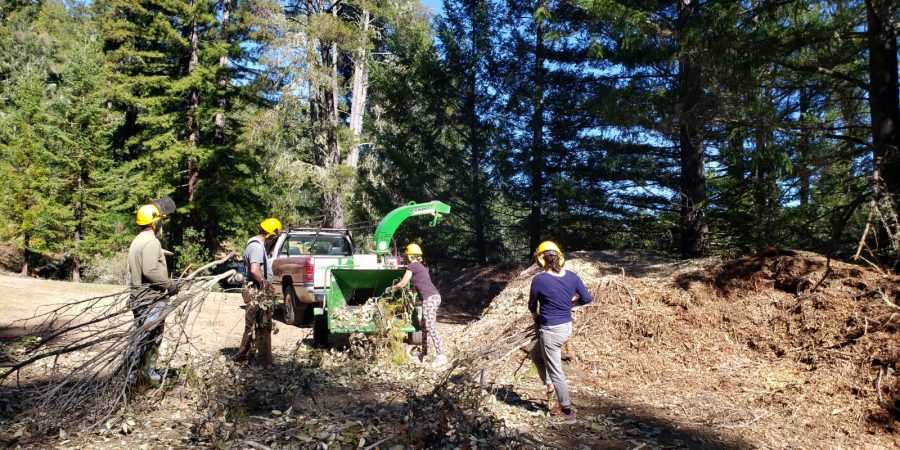 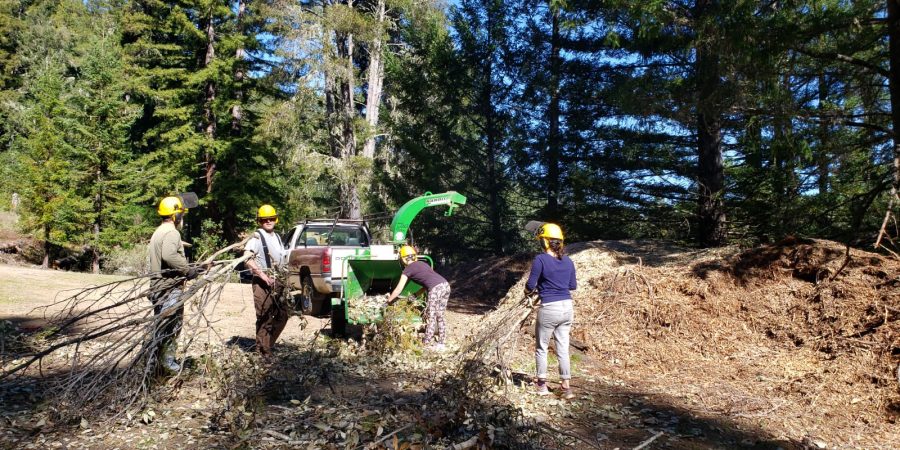 When in late March it looked like there would still be colder weather and rain ahead, we decided to plan for large pile burning instead of chipping, encouraged by input from CalFire Battalion Chief Marshall Turberville and Jared Childress of the Good Fire Alliance.
We are particularly grateful as always to our local Volunteer Fire Department, especially Chief Steve Ginesi, and Caerleon Safford (also of Fire Safe Sonoma) who gave invaluable advice on clearing, and allowed us use of their hoses and retired truck to safely manage our major burn this week. Also we were very lucky that CalFire’s crews helped clear our back road two years ago, and this year they brought in fire-fighters training on chain-saws, who took down trees behind Jigme Rinpoche’s cabin.

The April ‘burn team’ were Dan and Woody on tractor, with Indy, Kerstin and Tankai on the hoses and extinguish. 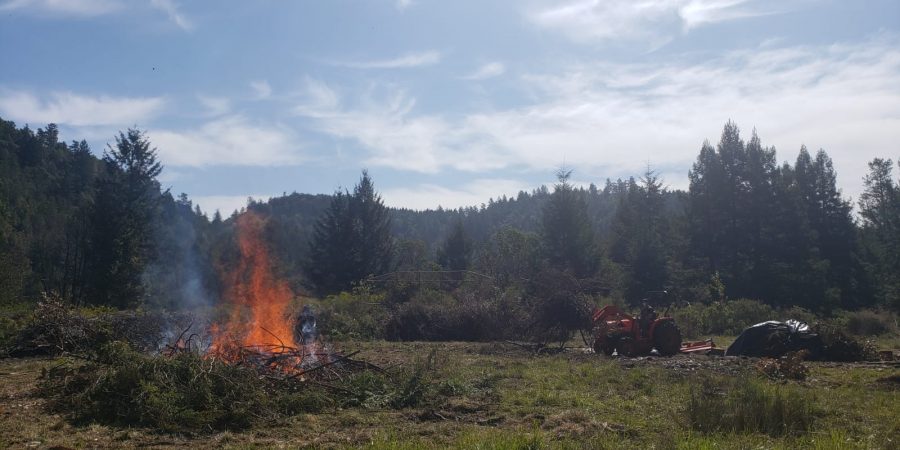 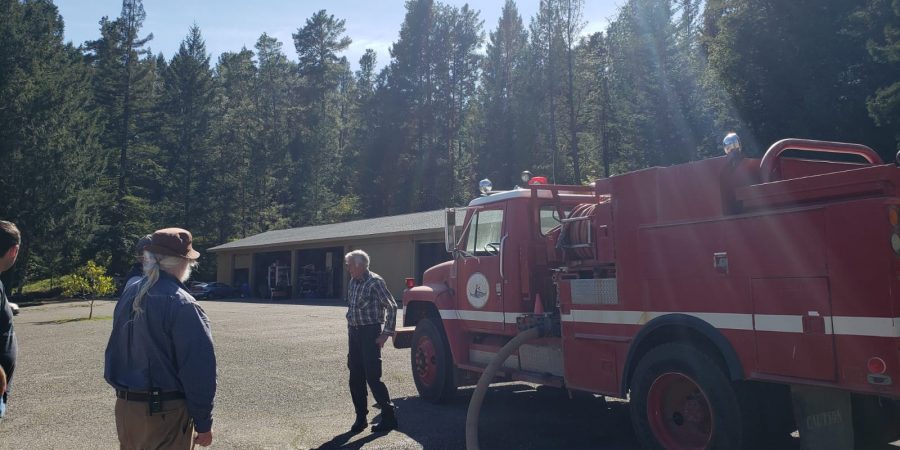 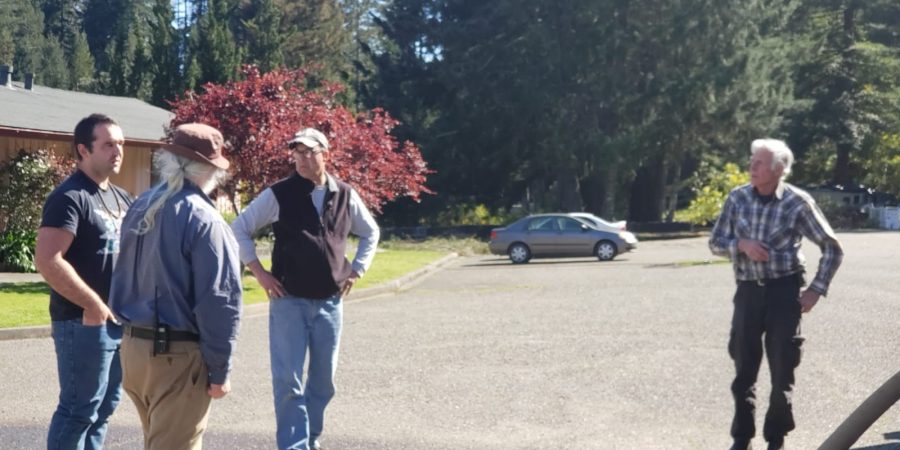 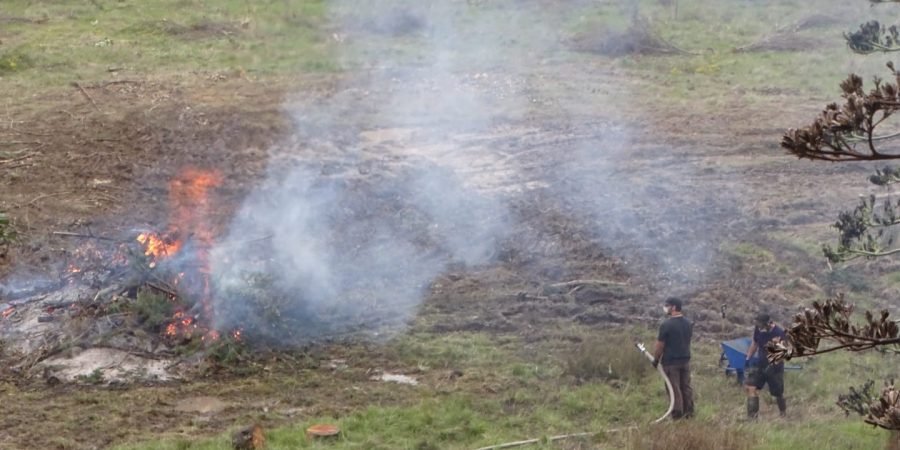 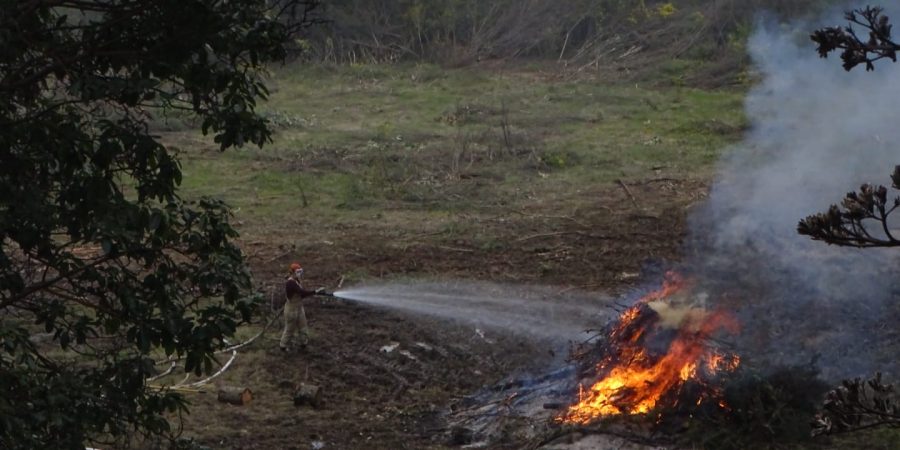